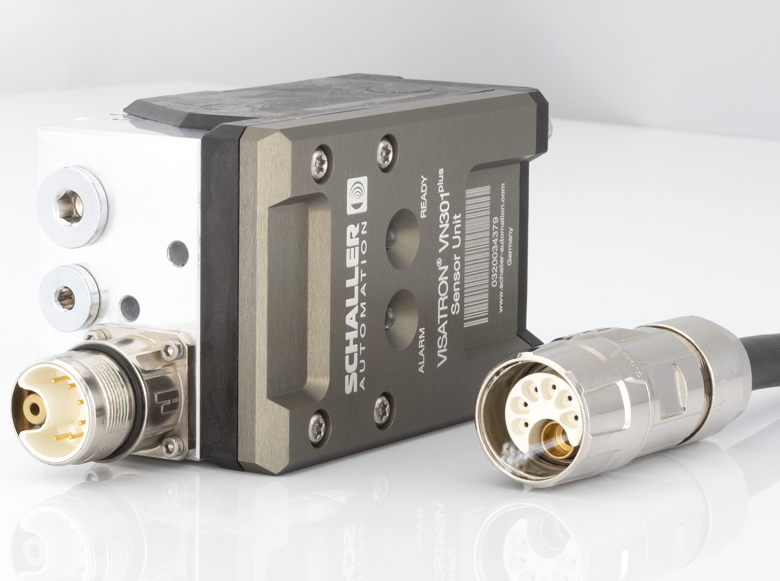 In this application, the term "hybrid connector" takes on a whole new meaning:
it is no longer about the classic transmission of power, signals and Ethernet.
HUMMEL AG developed a circular connector for Schaller Automation that car-
ries compressed air in addition to signals and power.

Schaller Automation specialises in oil detection systems. For this purpose, sensors
are placed directly on the crankcase. Their task is to detect and report the smallest
oil particles, because released oil particles indicate an operating fault and can
lead to an explosion in the engine crankcase.

The sensors are constantly supplied with fresh air to keep dirt away from the
measuring optics. This reduces maintenance and avoids false alarms. The fresh
air is brought into the sensor in the form of compressed air via a special hybrid
cable and the circular connector. The challenge was to develop a connector that,
in parallel to transmitting signals and power, also safely and reliably supplies the
sensor with compressed air. In addition, the assembly of the connection in the
engine compartment had to be simple, quick and manageable without special
tools.

Based on the renowned M23 connector series, HUMMEL developed a customised
solution. It quickly became clear that the requirement for simple pluggability in
difficult-to-access environments should be realised with the TWILOCK quick-connect
system. It was needed a device connector on the sensor housing and, as a coun-
terpart, the cable connector for the cable routing. The big challenge was the
adaptation of the pole pattern to the specified cable structure. For this purpose, a
completely new contact insert was designed, which is specially tailored to this
very special application. The insert combines six signal contacts with the central
element of the application: the compressed air insert. The HUMMEL AG connection
specialists also developed an adapter for the hose connection in the cable as well
as the actual compressed air connection between the device connector and the
cable connector. As a result, the customer now has a reliably functioning connec-
tion solution for signals and compressed air based on standard housings of the
M23 circular connector series.

Go here to the product