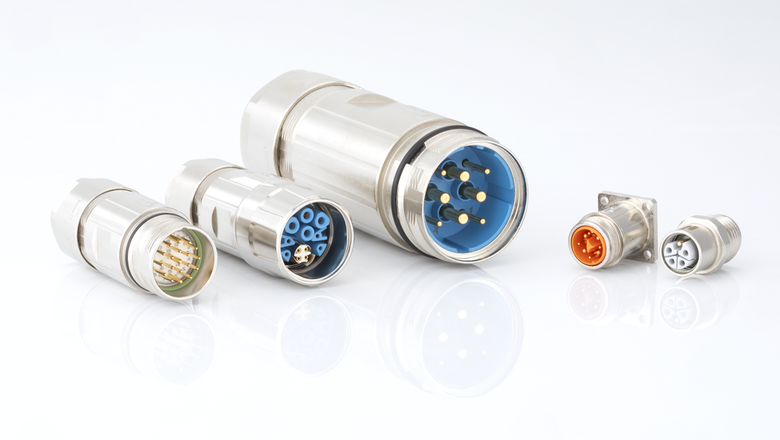 HUMMEL circular connectors are used in many industrial applications. The product range covers sizes M8 to M40. Whether power or signal connectors, Industrial Ethernet or customer-specific special applications - HUMMEL offers the right solution for every requirement. Quick-release fastener variants, angle, coupling and appliance plugs for the most varied installation situations round off the respective product families; they are also available as INOX versions. 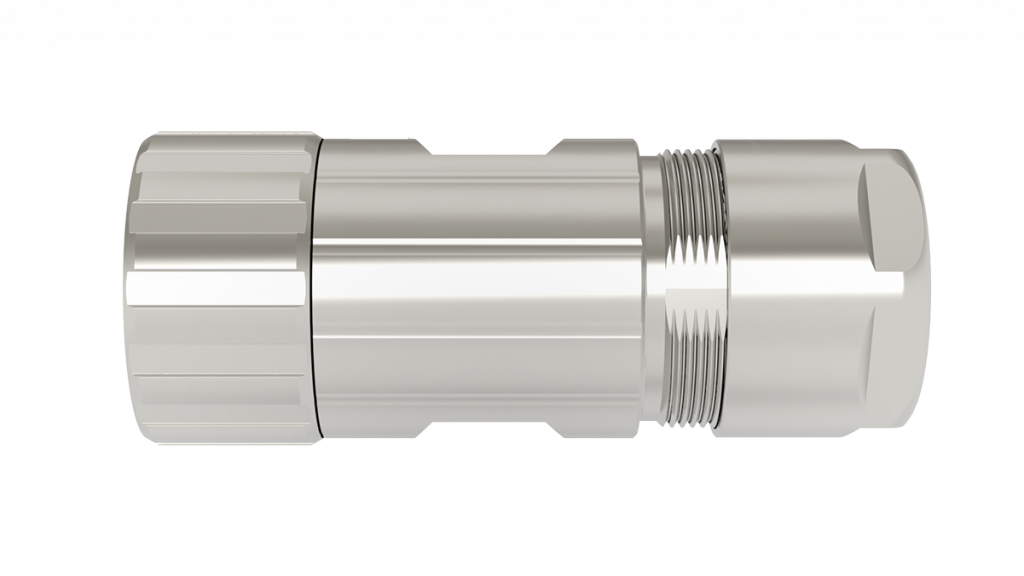 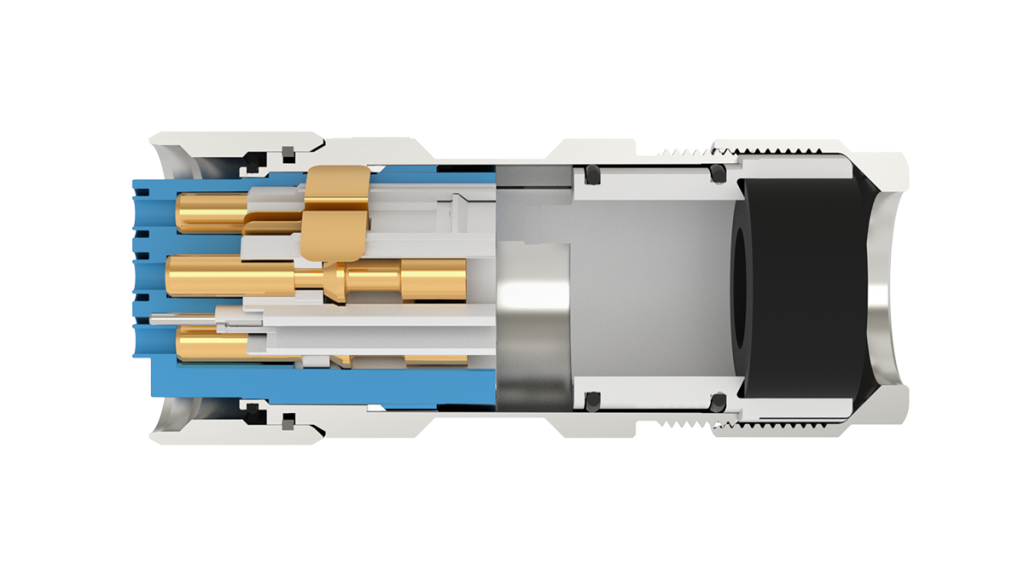 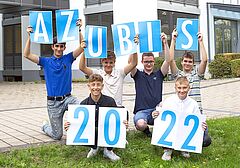 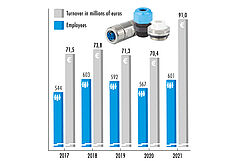 Growth in all product segments 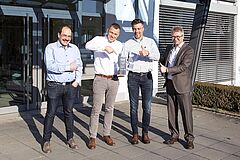 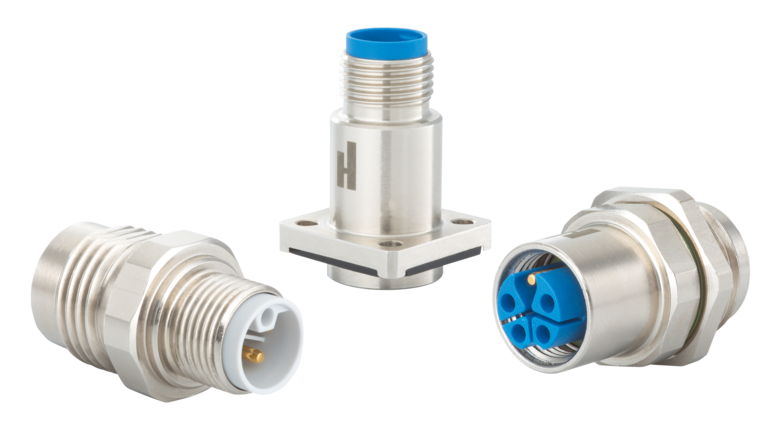 To the M12 Power circular connectors 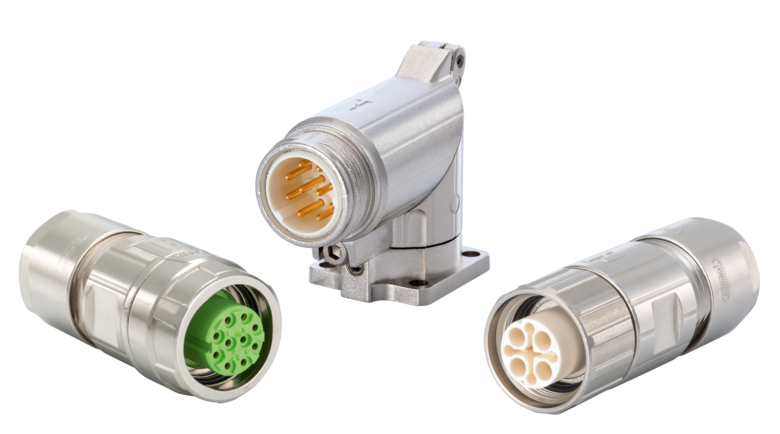 To the M16 circular connectors 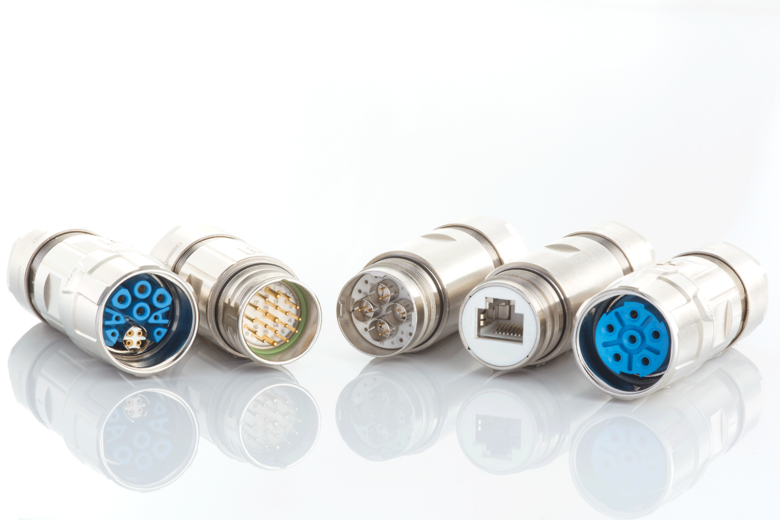 To the M23 circular connectors 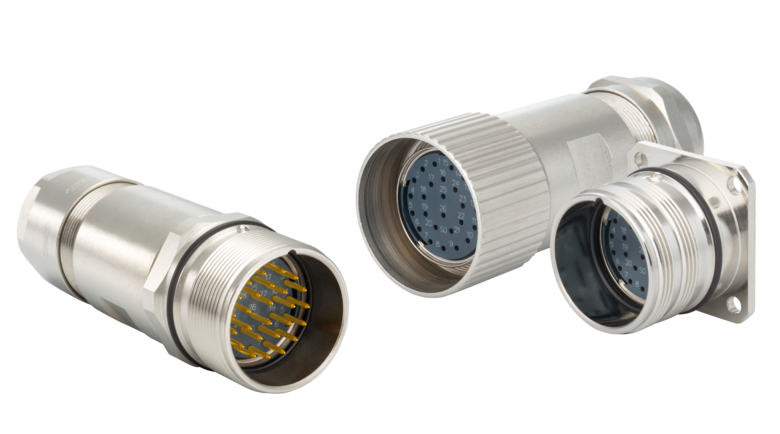 To the M27 circular connectors 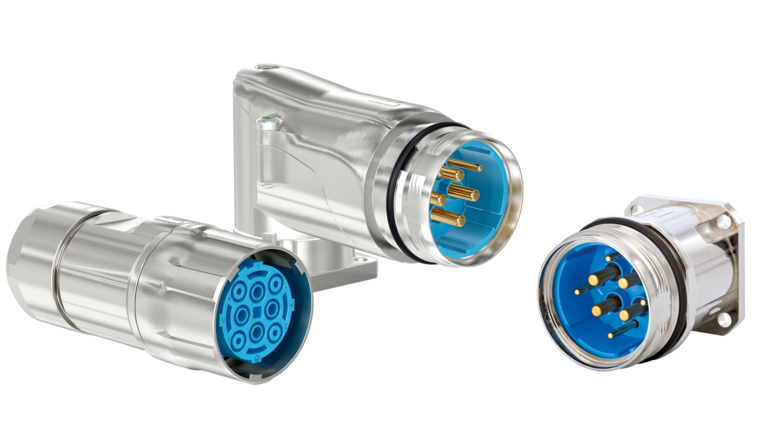 To the M40 circular connectors 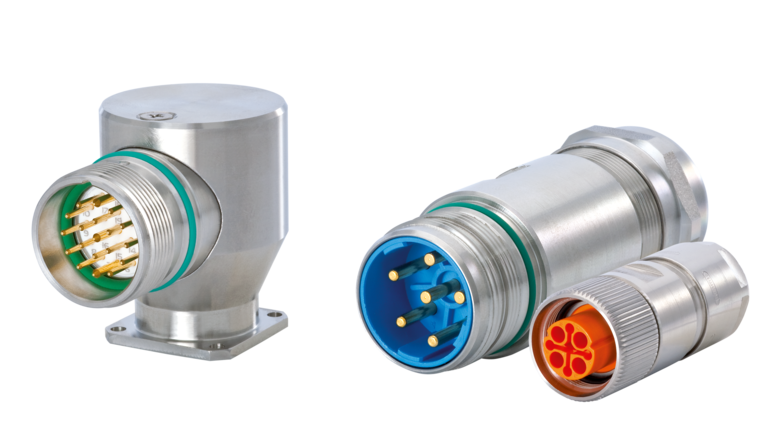 To the INOX circular connectors 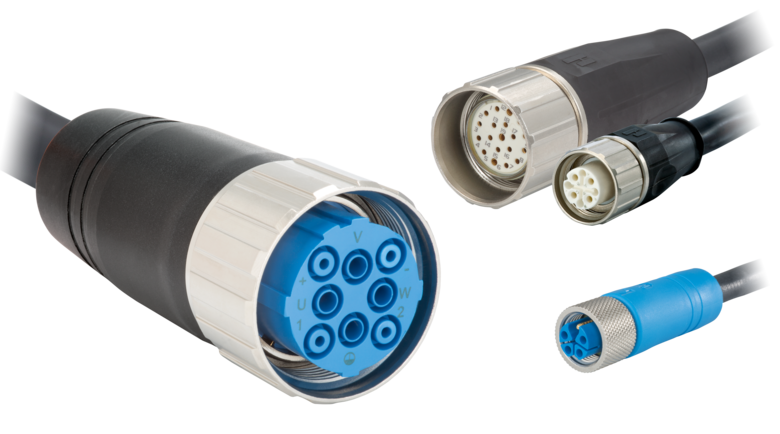 All HUMMEL connectors meet the highest demands of industrial applications. They meet the requirements of protection classes IP 67 and IP 69 K (locked) and are characterised by high resistance to vibration. The 360° shield connection guarantees reliable EMC protection. HUMMEL quality is proven and internationally certified.

The compact designs of HUMMEL circular connectors guarantee high power transmission in the smallest of spaces. Further features are the simple assembly and the excellent electrical properties of the components.

With the expansion of the M12 circular connector series with variants for power transmission and its forthcoming IEC standardization is going miniaturization in automation technology into its next big round. In recent years, the DKE Working Group 651.1.1 had expansion of the widely used M12 connector family pushed ahead, various coding for power applications defined in the IEC standard 61076-2-111/Ed 1 CD described in detail.

This reduces the connector size for the same power density once more to amazingly small dimensions. The "plug and play" idea that connectivity, this opens up new applications and possible uses, where previously cramped installation space left no room for plug connections.

In automation technology, in which M12 round connectors have so far mainly been used were used as sensor connectors for signal transmission, played thermal conditions and energy efficiency for this plugin system a rather minor role. The approval of the connection components until to a maximum temperature of 85°C was usually more than sufficient, currents up to a maximum of 4 A did not pose a real challenge in this respect.

However, with the expansion of the program in the direction of power transmission, the following changes have taken place the system requirements are dramatic. Because with a nominal voltage of 630 V and a rated current of 16 A, the M12 power coding K for drive technology and thus for use on the servo motor. And there it can get hot, ambient temperatures of 100°C or even about that are not uncommon. For connector systems that are used in this environment a temperature range of up to 125° is a must.

In order to achieve this balancing act between minimized design M12 on the one hand and thermoelectric claim on the other hand, is the use of new materials and designs therefore absolutely necessary. On the side of the contact carrier therefore a thermally resistant and dimensionally stable material had to be chosen, which is also capable of mastering the increased geometric challenge.

The challenge to the actual contact system was much greater, to the pins and sockets of the M12 power connector. High current carrying capacity, strengths, smallest dimensions, ageing behaviour, contact resistances, processability or forming behaviour are criteria in this context which partly interact with each other or diverge strongly.

In the end, however, numerous simulations (FEM) and test series materials and contact geometries can be developed that meet the technical requirements of the requirements even in longterm tests. This optimized interaction between contact carrier and contact system has a positive effect on the has a positive effect on the derating behaviour, which according to DIN EN 60512 current-temperature behaviour of the connector system. 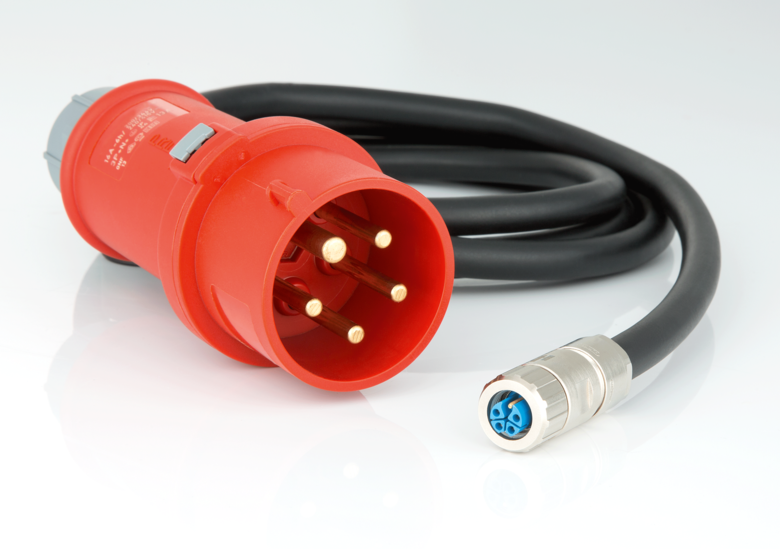 In addition to the TPE overmolded versions of the M12 Power connectors with connection cables are especially in the machine and plant construction freely assemblable variations not to think away. They are available in all common housing types available, allow flexibility in the field and guarantee availability during the system installation.

But parallel to the electrical requirements, the high power transmission of the M12 Power connector system in logical consequence also on the mechanical loads.

First of all, a higher current transmission means that larger core cross sections it is necessary to use larger cables. Is it with the coding S and T still 1.5mm2 wires, the two coding K and L even offers the possibility to connect cross sections up to 2.5mm2.

New generations of freely attachable M12 power connectors are therefore in the length, cable up to 11mm and not as before, only up to 9mm outside diameter. At the same time, the required robustness of the plug is taken into account by the fact that no plastic housing but stable metal variants can be used. They resist external mechanical influences and cope with a higher degree of torsion of the often rigid, heavy cable. Nevertheless one remains compact, the dimensions lie far below the limits defined in the design standard.

The clearly structured design of the freely configurable versions allows a quick and easy assembly of the plug connection. For the S and TC codings the widely used screw terminals are used. At due to the high electrical requirements, K and L codes are only used for crimp contacts are used. The prescribed PE protective conductor connection to the connector housing is already designed, so that possible safety risks can be avoided and additional wiring or other installation work are omitted.

All housing types of the cable connectors are designed as shieldable variants and therefore EMC-compatible as standard. The cable outlet is protected by the integrated cable gland with optimum strain relief and enables the connector system to achieve protection class IP 67 or IP 69K according to DIN EN 60529. For applications where special media resistance is required, stainless steel variants made of INOX AISI 316L are available. 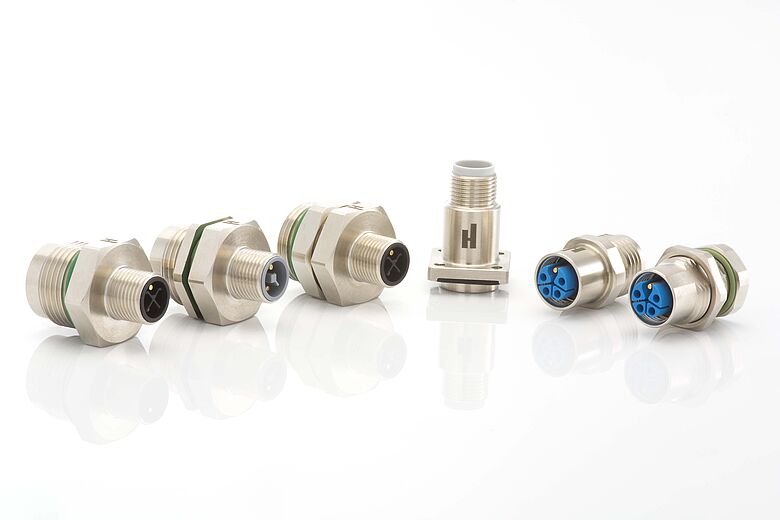 With the new coding of the M12 Power connectors opens up numerous possibilities in the drive technology.